Oh, if you are Bulls fan, you are smiling tonight! How awesome have the Bulls been? I mean really. Right now, Chicago is 8 games over .500. I said in my last post that if the Bulls could put together a run, the perception that they are a .500 team, or a little better would HAVE to be confronted. 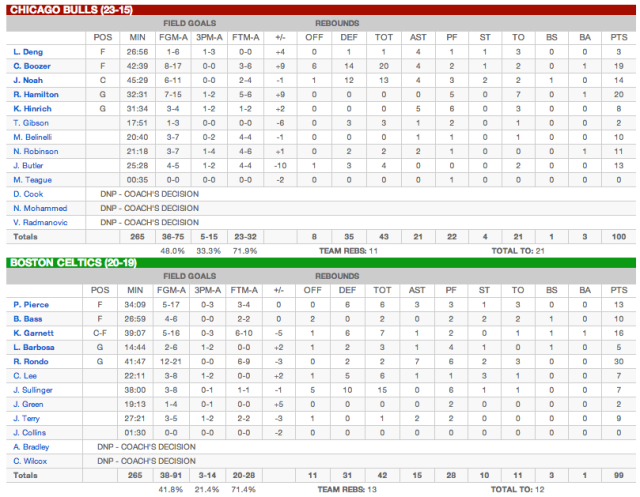 I missed the Toronto thriller and we won’t even speak of the Phoenix loss. That was brutal. HOPEFULLY that win wipes out the loss I had predicted against the Raptors. Let’s look at where we are on my predictions:

All of these predictions are kind of up in the air now with Lu having to leave the game in the 3rd with a pulled right hammy. Get well Lu, we want you healthy for the post season more than anything!

I’ll be in game tweeting for Memphis and Lakers on Monday! Let’s go!